I joined a “find more awesome gigs” site recently called Gigmama! And they do this written interview for brave and lucky souls..and I thought it might just be a fun blog post…so..Here Goes! 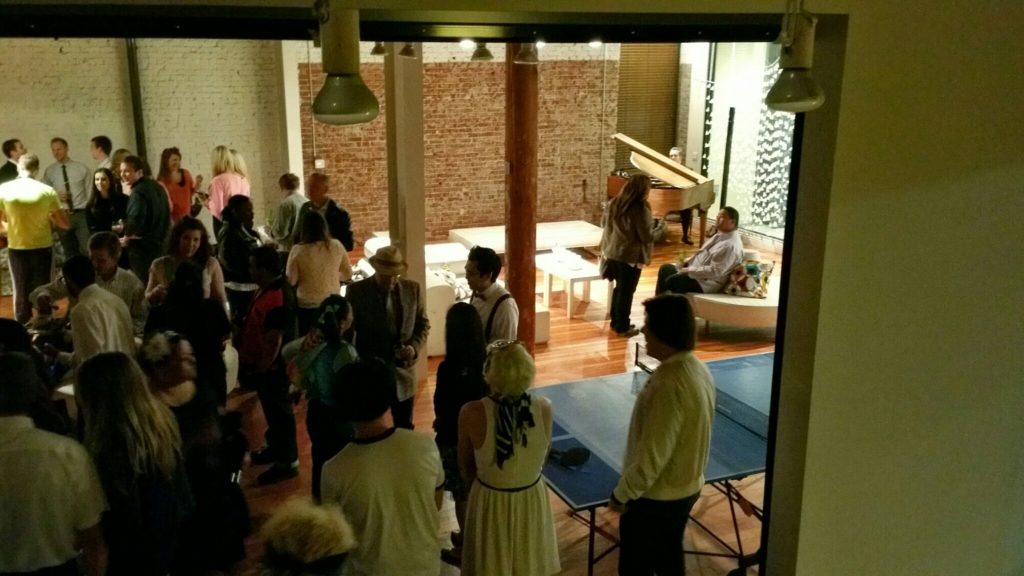 1. How did you come to be?…basically, your origin as a performer…and how long you’ve been doing it?

This is a pretty “philosophical” question but I’ll say…

My own feeling is that we are all creative entities we are creativity if you will.

As a pianist I’d say I always go back to the day my wonderful dad took me and my sisters to shop for a piano for the family. I was about 7 years old. We went to this room with tons of
pianos and my Dad played a bunch of them. And choose one that had a lot of character it was a huge upright with a mirror along the top so you could see people standing
around singing. At least that was the theory-at 7 I think I could just see the ceiling as I looked up into that mirror.

That was a happy day and I was the first one in the family to take piano lessons. Boy, I was excited!I remember sitting down with that piano and
playing along with the radio picking out notes that sounded really beautiful to me and thinking…”this is it!”! The rest is just nuts and bolts mechanical, but that’s how it started.

2. What kind of services do you offer? I mean, I know what you do, but could you give me a range of where you perform and what kind of events hire you?

I have literally done 1000 gigs over the past 3 years. I play almost 7 days a week. Some gigs are beautiful music for fancy restaurants, then there’s The Hilton 3 nights a week where I sing and play and entertain a bit depending on the crowd, I also play for the incredibly
wonderful Season’s 52– with thier 3 local locations. Inter mixed with I many weddings, parties, holiday parties,fundraisers, awards diners etc.

But I am available for all kinds of other fun. 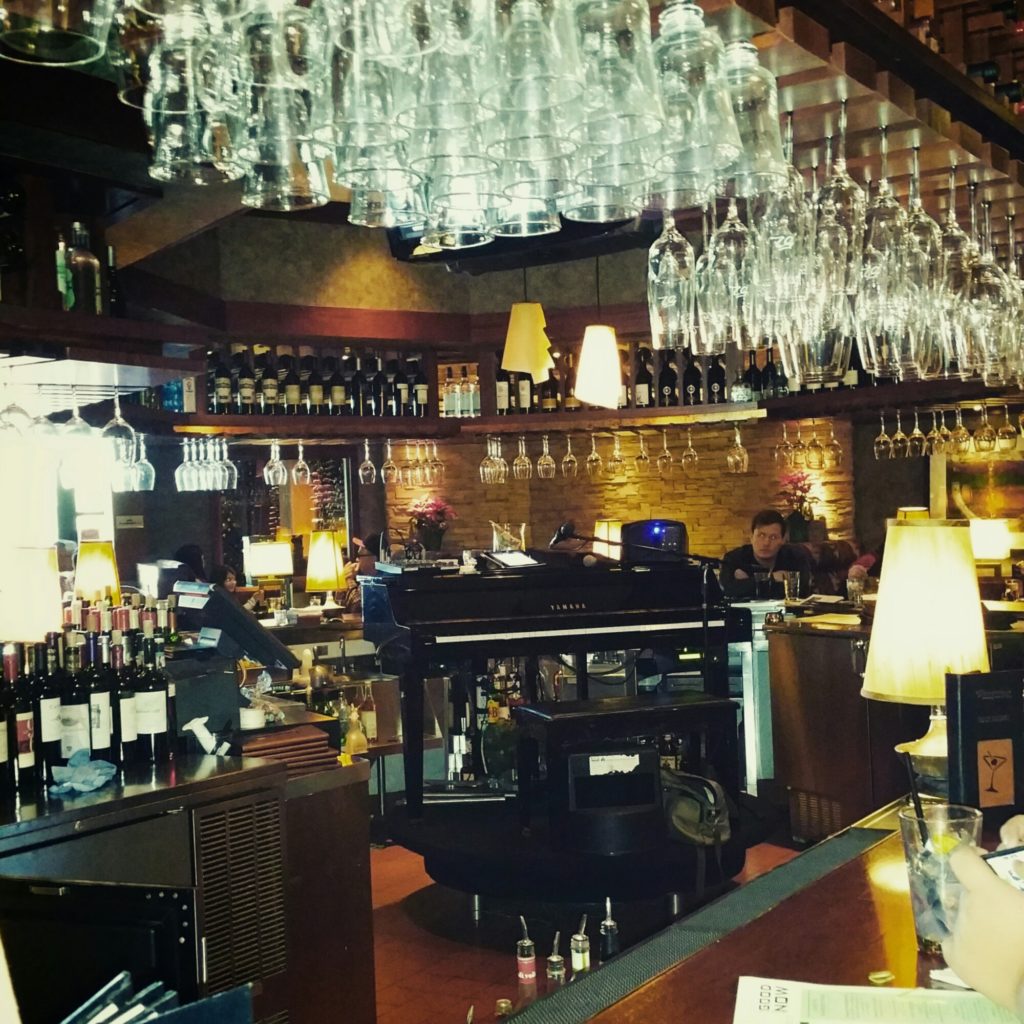 I like to create music, beautiful music. I make it for people. I have created music for family, friends, churches, schools, weddings, restaurants, concerts,picnics..you name it.

I started being remunerared as a musician in high school and I love to be able to live by directly creating art-And the world seems to have a shortage of beauty!

One thing I realized early is that there are many paid opportunities to create music if you are open minded and willing to try new things.

3. What should a client look for when hiring you?

They should look for what they need music for and let me know whatever they really would like.

I think some of the coolest fun creative experiences come out of “crazy ideas” that people
have-what they would like. For instance I did a gig with a Piano, upright bass and sax…it was not exactly a “conventional”trio but it was really fun and it really worked.

4. What are some things you look for in a client?

Creativity! I like people. I want to work with all kinds of people. Everyone is unique and I like to see if I can make the magic happen in any kind of situation.I like the challenge.

5. How do you handle a situation with an unresponsive audience?

I try to look at each situation and see what’s needed. There are times when interaction is really not needed and wanted by the venue. And actually there are pianists I know that would rather just sit and play and not deal with the audience… I’m not that guy but I know there are gigs where no one is “responsive” but the host or hostess really does not
want the musician to entertain either. So I think that’s an important thing to look at…what is needed.

Otherwise if the audience is unresponsive…I think…unresponsive audience…how’s the performer?!…and I work on my show and my connection with any and everyone in the audience.
That’s my job…to connect with the audience. It they are not responding…I try something different…lay back, don’t worry. Different music. Smile! Create! One can always make the connection!

6. What’s the best part of your job? the worst? 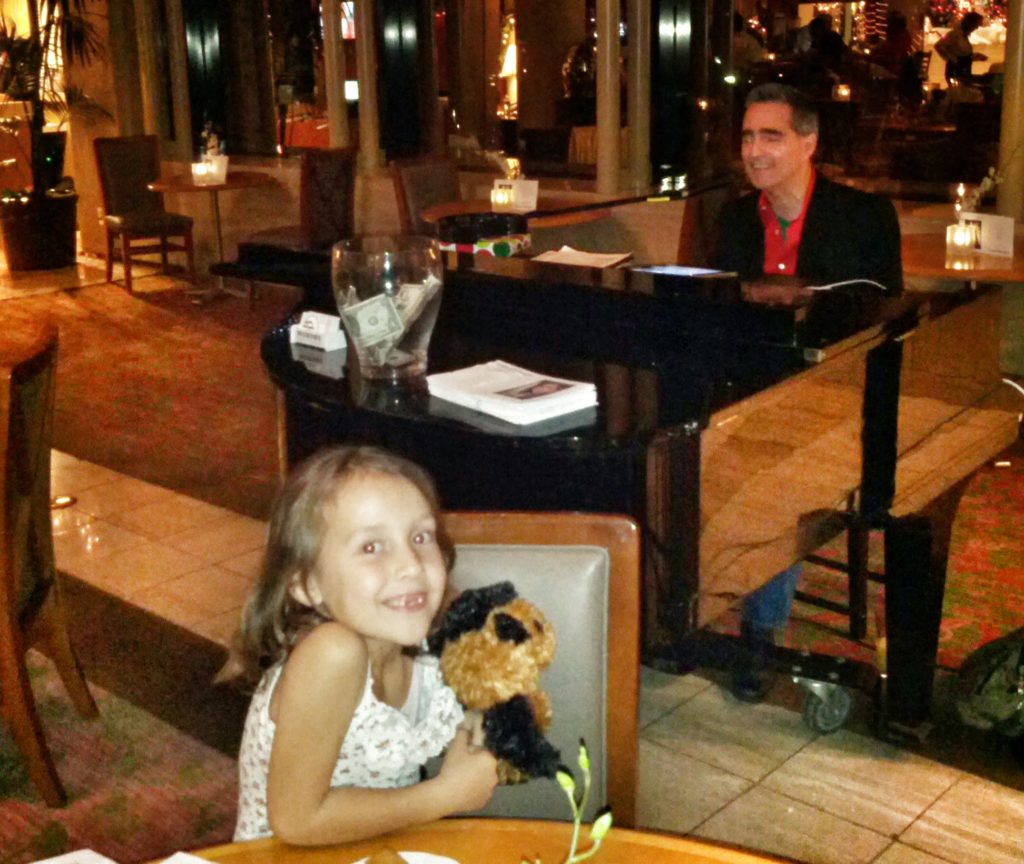 7. What would you say to someone interested in doing what you’re doing?

8. What’s your favorite story about an event at which you entertained?

Here are three that just pop into my mind.

I played wedding once and we had a trio playing beautiful jazz and pop tunes before the service then… for the ceremony they wanted Celtic Movie Themes it was EPIC..so we hired a famous Bagpiper and did amazing
movie themes with the four of us. I even had my computer set up with a little program that I had tat could create a timpani part I then was able to play on a little keyboard in the middle of it all -while I played strings on the big keyboard I was playing!! It was a lot of fun to do. Then we played swing for the reception and on into diner.

Another one I was recently hired to play an after party for a wedding recently just me and my piano…a Yamaha keyboard and a small but powerful amp…The wanted sing-a long from 10p to 1am…
I was expecting maybe you know…10 or 15 people sitting around singing. It turned out to be…..200 people in a space at least 10 times what I had expected. We started out with “Sweet Home Alabama”…and I had brought a bunch of percussion
shakers….from song one for 3 hours straight I had 200 people singing at the top of their lungs..playing percussion..people packing out the dance floor and dancing just having a BLAST! One of the funnest gigs I’ve ever played!

Last night I played in Costa Mesa the whole night was fun but the last hour was just beautiful…filled up people just requesting song after song. And so happy and appreciative. It was a little concert event! I ended off because I had to in the venue-they could not have music past a certain time…and I ended off with people just wanting more…

9. Tell me something about you that I’d be surprised to know.

I lived in Africa when I was very young next to a full on village that was mud huts. Right next to the jungle…There was all kinds of excitement! : )

I lived in France for a year and spent two summers growing up in french speaking Canada!

Let’s see growing up I was in a different school in…6th,7th,8th,9th,10th and 11th grade….long story but you might be surprised.