Monday at noon…one of my students came by for a fun lesson. Getting ready for a performance at

a huge fundraiser where she’s be making her keyboards debut! It’s great to work with people who are

At 5pm  I headed to Pasadena to play at the Wonderful Parkway grill. I love the Parkway. I’ve played there for about 10 years every Monday night 6-10p! 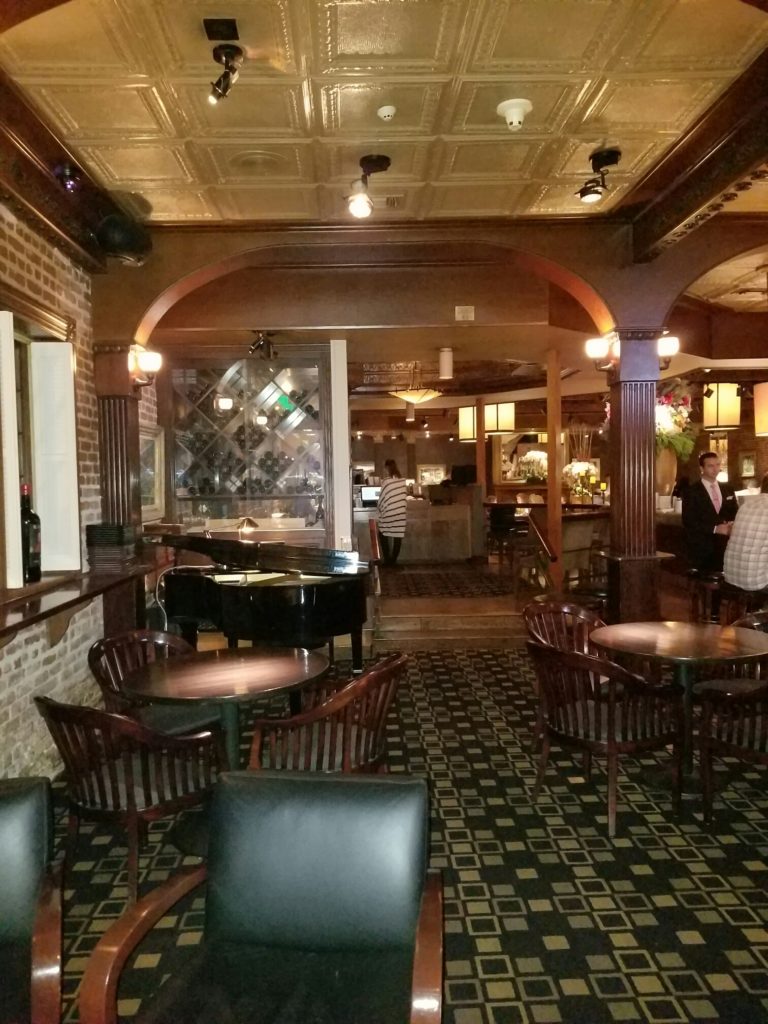 For me it’s like going home to hang with the family Mondays.
The piano is a beautiful Yamaha. The music I play is based on who ever is there. But is a mix of pop and classics and very chill and classy! There have been a few exceptions…but that’s the general vibe.

No singing unless it just will make someone’s night and usually only late and towards closing.

The restaurant has tons of charm and charisma and is a regional favorite!

Tues night I play in La Puente at the Red Restaurant and Bar which is part of the Pacific Palms Resort.

The resort is amazing! It’s like this oasis of beauty and culture and elegance in the middle of… La Puente.
I love playing here. I often play outside overlooking this breathtaking view of the valley below…but this past week I played at in a part of the Restaurant where i haven’t played before to an intimate group of very awesome people who sat with me most of the evening asking for requests and enjoying. My location playing was shifted a bit due to a feature film being filmed there…cool!

Weds I had a really awesome vocal recording session in the studio of Wayne Peet a local musician and recording Maestro! Very cool. I was hired by Ronnie Jayne to make Male Vocal tracks for Songs that have been rewritten to award people being horored at a big Awards Ceremony!! Super fun and challenging to get the vocals close to the record and clear and…it was a lot of fun! 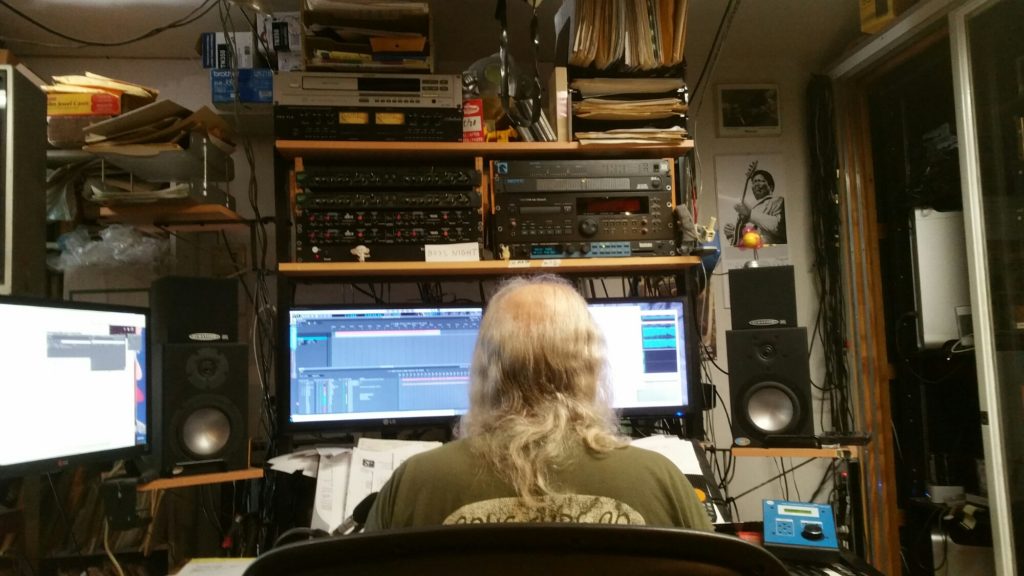 musical things. Reading music. How synthesizers work…recording on
an Ipad and Android phone…improvising. Making music! the mom, Chrystina, way cool!! She just lets me teach them whatever

Any spare time I’m editing video and organizing the many videos of gigs I’ve been shooting recently as i ramp up my You Tube channel.

You Tube is a relatively new area for me. I am inspired by Casey Niestat and Boyce Avenue (two people/artist that I really love on You Tube) to start putting my work on Youtube. So the universe can find it. Actually I’ve been asked by enough people if I had anything available on You Tube that I think It’s time to start ramping the Channel up! So…I’m doing that.

Friday I played at Deliteful Meals, appropriately named. The food is gourmet and super healthy. No Sugar, no hormones, low carb etc… 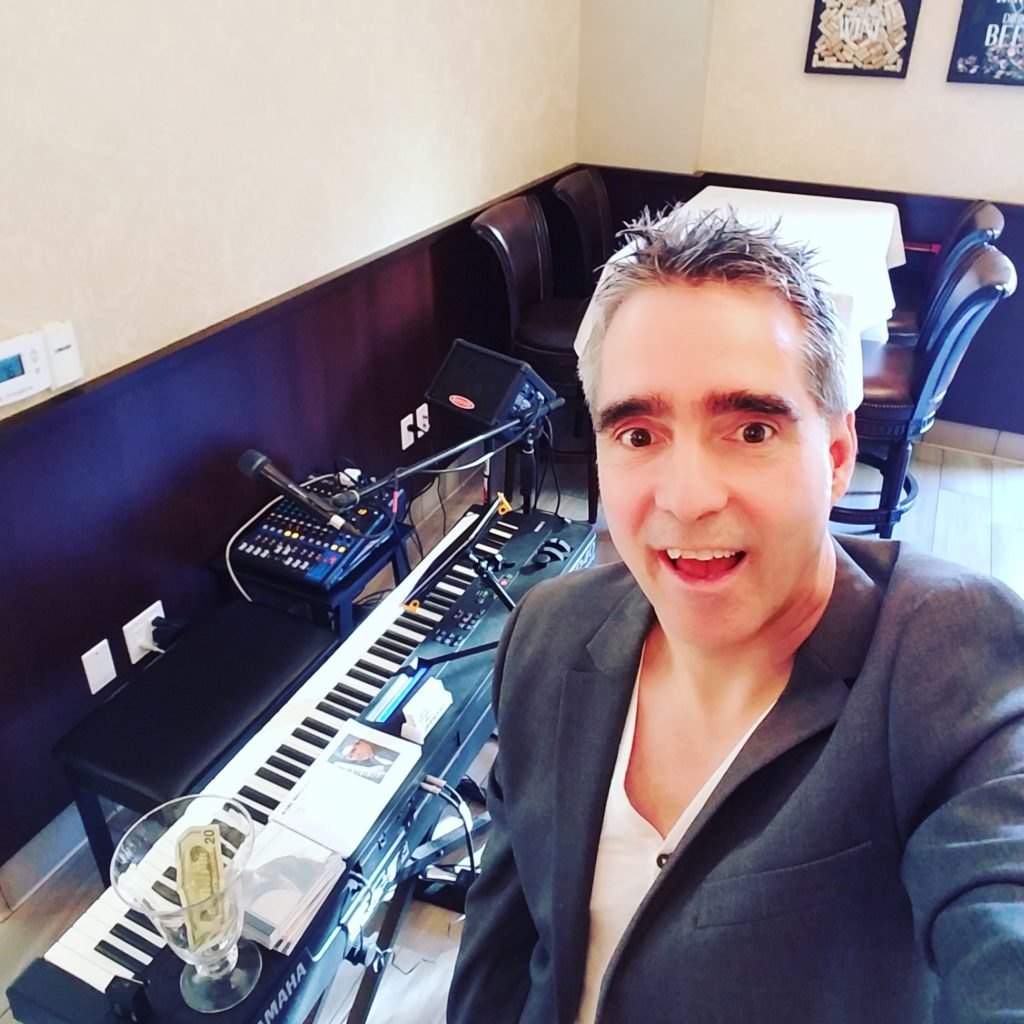 The piano is a Yamaha keyboard with a great sound system in the venue. I play and sing there a mix. Standards…contemporary…70s..all kinds of

songs. It’s always fun. This Friday was pretty rocking. A local bass player has come and sat in with me before he promises to come back soon.

It’s so much fun.

Saturday morning more recording with Ronnie and Wayne (fun)  and Saturday night I was back at Deliteful Meals. Cool night. At the end of the night a couple came up to me and the guy said that he wanted to play at his Resort he works at in Augora Hills! Exciting!

Sunday I had a rehearsal for an event coming up in 2 weeks DTLA. It’s going to be amazing. A 15 piece band. Horns, 2 Guitars, 4 singers!!! Wow! Super fun gig! Great rehearsal ending with Tower of Power tunes!! YES!!
Then I was off to Valencia to play from 5:30 to 9 at Larsen’s Steakhouse. My regular Sundays gig. My sister and her husband who were in town came in and hung out all night. It was so much fun playing for my sister who has sang with me since we were babies! haha!

And that wrapped up my week…except I didn’t mention that I’m doing a course in recording and music production every morning as I can.

Did I mention all the actions i do to promote my music like…this blog? My weekly email that i send out and all the other actions I need to do to stay up with my 350+ gigs a year passion!

Anyway…that’s last week…And from what I can see…this new week…it’s going to be even more action packed!! : )

But I’m always looking for more ways to create…more! Let me know if I can help you with anything.